For many of us, stinging nettles are an all-too-familiar plant. We’re all too aware of their venomous sting and the way these weeds seem to slip between plants to catch the unwary gardener off guard.

However, most people are unaware of how beneficial these weeds may be too. In this article we look at their benefits and whilst you may wish to keep an area within your garden, they still need to be managed in order to stop the spread across the rest of your property.

Is there a real need to get rid of stinging nettles?

In your garden, stinging nettles are actually something to welcome. They:

Using stinging nettles in natural cleaning and cosmetic products is also a good idea. They may be used to produce soap and a good natural hair rinse, for example.

You may also prepare a nitrogen-rich liquid plant feed for your crops using nettles. In addition, to aid decomposition in a composting system.

Nettles, as you can see from the examples above, are a surprisingly useful plant. You will miss out if you take a zero-tolerance attitude and pluck them out every time they arise. If you leave some in place, your garden will be healthier and stronger.

As a result, don’t be hasty in removing stinging nettles wherever they appear.

Of course, you don’t want nettles in every part of your garden. They can sometimes appear in places where you don’t want them to develop. They can easily outcompete more valuable crops if allowed unchecked in annual beds, for example.

So, how can you get rid of stinging nettles that have sprouted in places you don’t want them to?

How do stinging nettles spread?

Ultimately, trying to get rid of stinging nettles is no mean feat as it spreads in two ways.

First, it goes to seed easily after flowers bloom in the fall. Additionally, it spreads by rhizome. When left uncontrolled, stinging nettle colonies can be extremely dense and can spread to cover more than an acre.

Once you eradicate the nettle, consider planting grass, as the nettle can’t compete with healthy grass,

When it comes to getting rid of stinging nettles from garden beds, there is no quick remedy. Nettles reproduce through seed, but they can also grow from underground rhizomes.

The horizontal root systems of nettles can expand 5 feet or more in a single season, and they can renew from the smallest part of these rhizomes. As a result, completely removing them is not only undesirable but also nearly impossible.

Before they set seeds, pick them to consume or utilise in another way. Also, try to remove as many rhizomes as possible when they grow where they aren’t needed.

How to get rid of stinging nettles by hand

In an organic garden, the only way to get rid of stinging nettles is to remove them (carefully) by hand. To do so, you’ll need to put on gloves, of course.

However, if you think of nettles as a valuable plant, you can think of this activity as harvesting rather than weeding. Using the nettles that grow in your garden in one of the techniques indicated above is the best approach to remain on top of the problem.

Take a no-dig strategy, and don’t till or dig nettle beds because this will spread them even more. Nettles should not be added to a compost pile. Instead, dissolve them in water to generate a liquid feed or compost activator. Otherwise, nettles will grow everywhere your compost is spread.

Nettles in garden beds can be a real pain to deal with. However, if you change your attitude about these plants, you will enjoy the labour more. And you’ll start to think of them as a benefit rather than a nuisance in your garden.

Your yard or garden will not suffer if you keep some nettles around. In reality, the ecosystem will be richer as a result of the inclusion of this valuable and adaptable plant.

Getting rid of stinging nettles with chemicals

The best way to get rid of stinging nettles is through prevention and control measures such as pulling these weeds out before they become established and then using mulch over the area where they were removed from.

You can also kill nettles with weedkillers by spraying them with systemic weedkillers containing glyphosate.

Glyphosate is a non-selective systemic weedkiller that will kill any plant it touches and so protect nearby plants with plastic sheeting before spraying.

Disposing of stinging nettles within a compost bin

Because of their deep roots, stinging nettles are an excellent plant to add to the compost pile. Because their roots reach deeper than most other plants and release nutrients from the earth, they are known as dynamic accumulators.

Remove any blossoms or seed heads before adding nettles to the compost bin or waste.

Trying to get rid of stinging nettles permanently is no small task. Whilst removing the heads of the plant is a start of controlling the problem weed, it needs the roots to be removed completely in order to be in with any chance of getting rid of this aggressive weed.

The use of chemicals will produce the most reliable results and will also require several repeated treatments to achieve this effect.

Want to know more about how to get rid of Stinging Nettles? 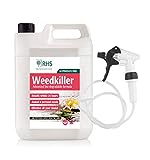 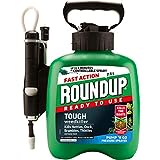 Many homeowners struggle with the question of whether or not to remove bracken fern from their property. Bracken fern is… Japanese knotweed removal DIY methods can be termed as the first-hand strategies towards eliminating the knotweed before considering other means. Japanese knotweed is a weed that can grow up to 3 meters high, and it’s incredibly difficult to get rid of. If you have this weed on your property, you need to remove it as soon as possible. The following methods one can consider using to achieve full eradication of this stubborn weed. Experts view excavation as a quick and effective way of Japanese knotweed removal; however, this method comes with its fair share of challenges.