Russian vine is a highly invasive, non-native species that choke out native plants and damages trees

It has a fast growth rate and can climb up trees, power lines, and fences in order to spread. The vines are very strong and will easily wrap around anything they touch, which makes them difficult to remove if you don’t know-how.

In this blog, we look at the best methods to kill Russian vine and remove this troublesome weed.

Why is it such a problem?

Russian vine, Polygonum baldschuanicum, is also known as the mile-a-minute vine. It’s become popular among homeowners because it grows so quickly that it may cover walls and fences in just a few seasons.

However, homeowners quickly discover that the Russian vine will not stop growing and devaluing their property.

In fact, a home with a mile-a-minute vine may lose its value because the vine is so unsightly. Although native to China and Central Asia, it’s now common throughout the United States and the United Kingdom.

If you have a Russian vine growing on your property, you should pull it out as soon as possible or hire a professional to remove it. If you simply cut the vines, they’ll continue to grow back again and again.

How does Russian vine grow so quickly?

Russian vine produces small white flowers in early summer that are followed by bunches of small black seeds with silky hairs attached to them in late fall. These seeds allow the plant to spread rapidly via wind and by clinging to the fur and clothing of animals.

Russian vine will grow in a wide variety of climates and soils because it can draw moisture from deep underground and also absorb nutrients from the air. It’s critical that you remove Russian vine plants as soon as possible before they spread even more throughout your home or property. If you fail to properly identify this weed, you may spend a lot of money trying to remove the plant only to see it reappear later.

To kill a Russian vine, you’ll need to use a combination of mechanical and chemical methods. It’s best to kill it in the early autumn, as soon as the temperatures start to drop because that’s when plants are most vulnerable to systemic herbicide harm.

Paint each cut vine with a small paintbrush dipped in a glyphosate-based systemic herbicide immediately after you make each cut. Do not wait longer than 30 seconds as this will severely reduce the effectiveness of the herbicide application.

Cut the climbing vines away from the tree or structure that they cling to with a pair of sharp pruning shears.

Monitor the area for regrowth around the cut stumps. Spray or paint the regrowth with a systemic herbicide before it reaches 30 cm (1 foot) in height.

To kill Russian vines manually, there are several different ways that can be effective:

For the first two methods, it is important to dig up all of the roots or they will grow back. If you have an area that is more than 100 square feet, you can use Roundup Original Weed Killer in concentrated form. use a pressure sprayer and repeat several times to be effective.

After the Russian vines are dead, make sure to clear away any of their roots because they could grow back. To avoid this, you can also dig trenches through the infected area and fill them with stones to prevent regrowth.

Covering your Russian vines can be a very effective way of killing them as well as preventing other plants from growing in their spot. To make a Russian vines death chamber, all you need is some black plastic and some stakes.

Cut the piece of plastic to fit over your Russian vines and make sure it’s big enough that it can be secured tightly using the stakes on each side. Get a garden hose and place it into the centre of the plastic so water can get through. Dig a hole at the base of your Russian vines and place the hose in there before covering them with plastic or they won’t get any water.

The stakes must be covered with dirt to keep them in place, but make sure that you still have easy access to your Russian vines to pour water into their death chambers every other day.

You can also use this technique to kill weeds that are growing inside of an area that’s already filled with plants. Just make sure you cover the whole area, don’t leave any holes where weeds can grow through and if there happens to be a hole, fix it as soon as possible.

The best time to do this is during early spring when the weather is warm and before the weed seeds have a chance to grow. 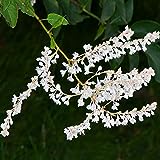 Method Three – pulling them out manually

The most time-consuming way of killing Russian vines manually, but also the most effective one, is by pulling them out using a weed wrench. It’s best to wait until they are small because pulling bigger ones can damage your soil or plants surrounding them if they can’t break free.

Once you grab the Russian vines with the weed wrench, pull them out slowly and make sure to get as much of their root as possible. You can also use a shovel to dig around the base of your plants and expose more of their roots if they’re very large.

If there are any survivors after pulling the vines out, you can try to shake them out of the ground or spray them with Roundup. Just mix one part of it with 19 parts of water and pour it on top of your Russian vines before rubbing it into the soil.

There are several different types of chemicals available which can be used on various surfaces such as hard areas or grass; some examples include Roundup Original Weed Killer, Ortho Weed B Gon Max and Spectracide Weed Stop.

Whilst some of these are not listed specifically for Russian vine, their formulation is ideal to kill Russian vine.

Many herbicides are not effective on Russian vines, but if you need to kill them using chemical methods, Glyphosate is the most efficient one. It’s also known as Roundup Original and can be found in concentrated versions for bigger areas. 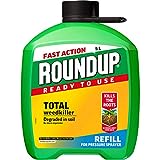 If you choose to use Roundup Original, be sure not to spray the leaves and instead concentrate on spraying the Russian vines’ stalk. If you have a particularly large area of vegetation that is affected, you can mix one gallon of Roundup weed killer with two gallons of water for better coverage. In order to kill the weed, it is best to let the mixture soak directly onto the leaves for about half an hour. After this time has passed, make sure you scrub away any excess residue; this will help prevent the wastage of chemicals.

At times, herbicides could be harmful to your plants as well as animals and humans if not applied carefully. For areas that are susceptible to foot traffic or maybe watered, you can mix one tablespoon of dishwashing soap with five gallons of water and spray the mixture on the Russian vines. This is an effective way to kill these plants because it clogs up their stomata which prevents them from absorbing the vital nutrients needed for growth.

Even though this kind of weed killer is safe to use around children and pets after it has dried, you might still want to keep these organisms away from the treated vegetation until it has completely disappeared. Early morning or late evening are the best times to spray your Russian vines with weed killers because there’s less sun exposure which could worsen the effects of this chemical on your vegetation.

Only apply this weed killer when the weather conditions are favourable because it could harm your plants or even animals. Before using it, test for any negative effects on nearby plants.

Mix one cup of Glyphosate in five gallons of water and soak the affected area with this solution.

You can also use Glyphosate to kill individual vines. Just cut them off at ground level and apply the weed killer directly onto their base.
If you have a large area that is affected by Russian vines, you can spray the whole thing with Glysophate.

Keep in mind that Glyphosate could burn your plants if it’s cold outside, so don’t do this during autumn or winter when the temperature is below 50 degrees Fahrenheit.

There are many ways one could go about removing the Russian vines from their property but before you start taking action against these weeds, be sure you know what kind of weed killer would work best on your particular type of vegetation.

When it comes to killing vine-like weeds, Roundup is really the best way to go. It works quickly and lasts a long time which provides you with months of weed-free ground.

Want to know more about how to kill Russian vine?